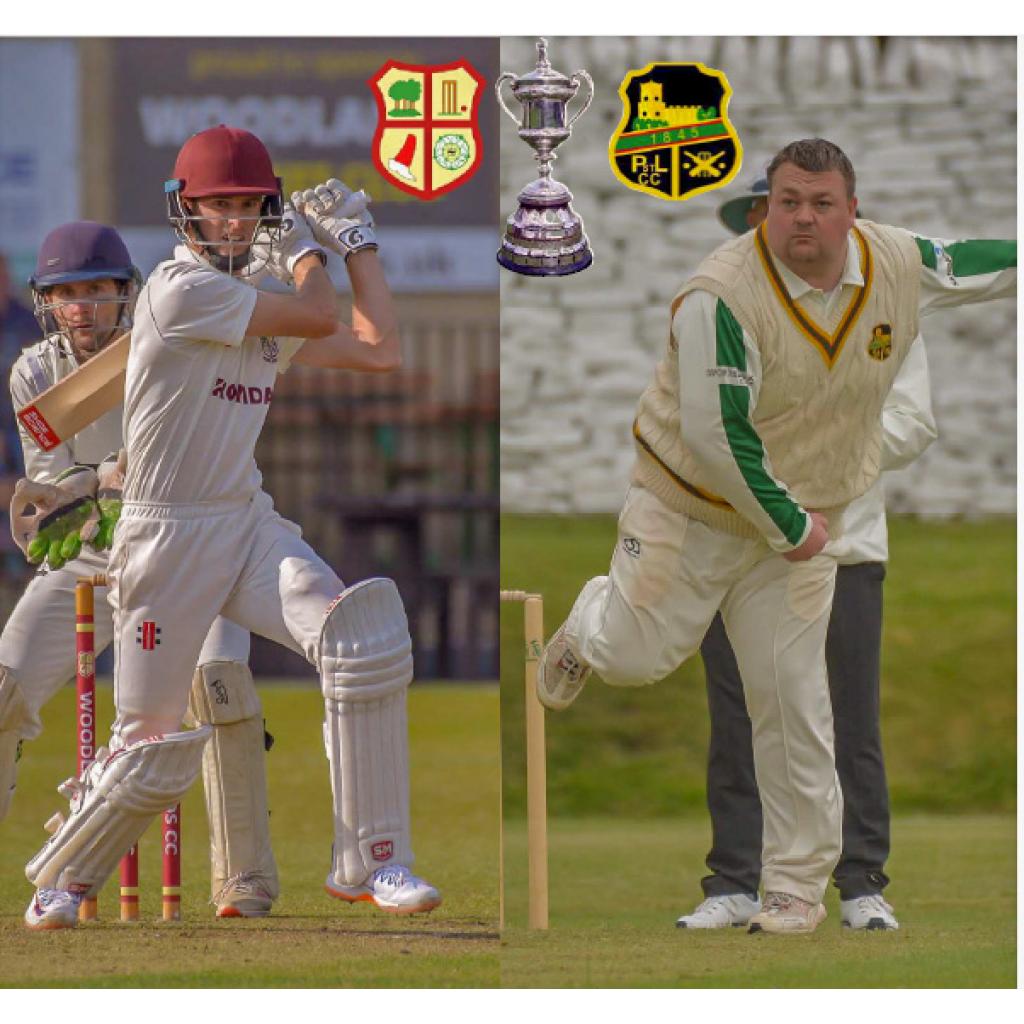 The weather is set fair for the Gordon Rigg Priestley Cup Second Round this Sunday with a 1pm start. These are the matches-

The match of the day is at Albert Terrace where second in the premier league, Woodlands, play the fourth team Pudsey St Lawrence.

Woodlands, who got a bye to this stage, are currently excelling in cup competition after beating Wakefield Thornes and Richmondshire in the National ECB Club Trophy.

They have Brad Schmulian, Tim Jackson and Tom Clee in form with the bat, and Mohammed Bilal will always be a danger in cup competition with bat or ball.

Nobody expected Pudsey St Lawrence to challenge this season in an era of transition following the retirement of talisman James Smith. But, the young players are rising to the challenge and are developing that Saints togetherness, where they all play for each other,

In the last round they had an emphatic win over an Ossett side that had briefly topped the league.

They batted first and scored 270-6 with Harry Cullingford top scoring with 80, and supported well by Mark Robertshaw (52), Josh Priestley (44) and Charlie Best (37).

The unlikely hero with the ball was second teamer Jordan Moore who took a sensational 5-42.

This is a difficult tie to predict- Woodlands have the experience, but there are nagging injuries in the camp and the Saints have been on a good run.

The last time these clashed in the Priestley Cup was in the final at Spen Victoria in 2016.

The Saints went into the match as favourites and when Woodlands batted first, they must have been satisfied to keep them to 214-9 (Logan Weston 49).

However, Sarfraz Ahmed dismissed Mark Robertshaw early on, leaving the spinners Chris Brice (3-14) and Kez Ahmed (4-11) to mop up the rest in a disappointing reply of 93.

This Final marked the last match in a legendary 16-year career for overseas player Sarfraz Ahmed. His contribution in the final was a bowling analysis of 2-32 from 10 overs.

It was something of a shock result when Bankfoot beat Townville recently in the league. Townville will be out for revenge, or certainly at the very least to prove a point. However, the victory for Bankfoot will give them the belief that they can do it again.

In the last round, Townville was involved in a tremendous game with Farsley.Townville scored a massive 318-8 which included 107 runs from the last five overs, Skipper Jack Hughes (64) and Harry Clewett (45) had built a platform for Tom Brook to chance his arm, and he seemingly took the game away from Farsley.

He smashed a 36-ball century- racing to his 50 from 22 balls and then took just 14 more deliveries to reach three figures. His ferocious onslaught saw him take 29 runs from the 48th over which was bowled by Will Means.

With Townville’s impressive `out-cricket’ it was assumed that Farsley would get nowhere near- but they made a fair stab of it only going down by 33-runs.

This could well be an uncomfortable day for Cleckheaton as they receive the `big-hitters’ of Jer Lane. It’s a team that is `never beaten’ and dig out resources when they are in all kinds of trouble. They also have quality in the shape of Raqeeb Younis, Deron Greaves, Cosmond Walters and Ibrar Younis, and others who can all do a job.

Cleck also have the players in Richard Pyrah, Mally Nicholson, Iain Wardlaw and Yousaf Baber who can win a match, but they need a more collective effort than what has been seen this season to get over the line.

They did make short work of Gomersal in the First Round, winning by seven-wickets. Richard Pyrah took 4-24 in helping to dismiss Gomersal for 124, while Yousaf Baber (35), Ethan Lee (33) and Pyrah (30) smoothed the way to victory.

It would be difficult to describe a Jer Lane win as a `giant-killing’ act given their dominating start to their First Division campaign. But, when one thinks where Jer Lane was a few seasons ago compared to Cleck, one can see the David v Goliath aspect of it.

I suppose Hanging Heaton hate being reminded that they have not won the Priestley Cup for 36 years. They have won every other cup competition in this time, the Heavy Woollen Cup, Black Sheep Yorkshire Champions Trophy, the Yorkshire League Play-offs and the Gordon Rigg T20- but this trophy continues to elude them.

It is a matter of conjecture whether this rebuilt Hanging Heaton side is good enough to pull it off this year, but with attacking players like Callum Geldart. Adam Patel, Ben Kohler-Cadmore, Thomas Lindsay and David Stiff in their line up, anything is possible.

They defeated Undercliffe in the last round in a canter when Josh Wheatley was instrumental in bowling them out for 174. This was totally inadequate for a Hanging Heaton side with Callum Geldart bang in form.

He scored a dominating 119 not out, including four sixes and 11 fours.

Carlton are going well in the First Division and could well join Hanging Heaton in the Premier League next season.

They have match-winners in Kershaski John Lewis, Daniel Ford, Jonathan Rudge and Farrukh Alam who will relish the big stage. It’s a big ask for Carlton, but it’s a free hit for them in a season where promotion will be the priority.

Bradford & Bingley are obviously the big favourites to win this tie with Will Luxton, Corey Miller, Yasir Abbas and skipper Ed Brown in form.

The way they went about beating Castleford in the Heavy Woollen Cup a few weeks ago suggests they might have the taste for cup cricket this season.

East Ardsley are struggling in the First Division, but they had a big win in the First Round against East Bierley. Opener James Van Der Merwe scored 104 in his side’s 68-run victory- striking one six and 18 fours.

Ironically, it was East Bierley last season that knocked the Wagon Laners out of the cup.

Yasir Ali could be a key figure for Batley as they face a trick away tie. Picture: Ray Spencer

Keighley could well fancy their chances when they take on struggling premier division side Batley.

Australian Noah McFadyen and Nathan Storton are scoring big runs for Keighley, and with home advantage it could well be a tight one.

Batley’s Yasir Ali will be a key player with bat and ball, and Kasir Maroof is in form after his recent century in the league.

Morley’s league campaign has not gone to plan, but they have a respite in the cup and as underdogs against Methley, they have nothing to lose, and will probably regard this as a `free hit’.

Much will depend on the strength of Methley on the day, and whether Yorkshire’s Matthew Waite will be available. However, they still have some strong performers in Alex Cree, Jason Marshall, Eitan Litvin and Jordan Laban.

In the previous round Morley beat Pudsey Congs by 23 runs.

Baildon will have to play a perfect game to beat Premier League leaders New Farnley.

It will be a good opportunity for Baildon’s form player Kevin McDermott to test himself against the best. Jonny Reynolds and James Ford are proven top flight batsmen, but some of their youthful colleagues will have a whole new experience

It’s difficult to spot a weakness in Farnley’s side with batsmen of the ilk of Lee Goddard, Adam Waite, Dan Hodgson and Steve Bullen, and a varied attack containing the pace of Liam Guthrie as a change bowler, Alex Lilley and quality spin bowler Gurman Randhawa.