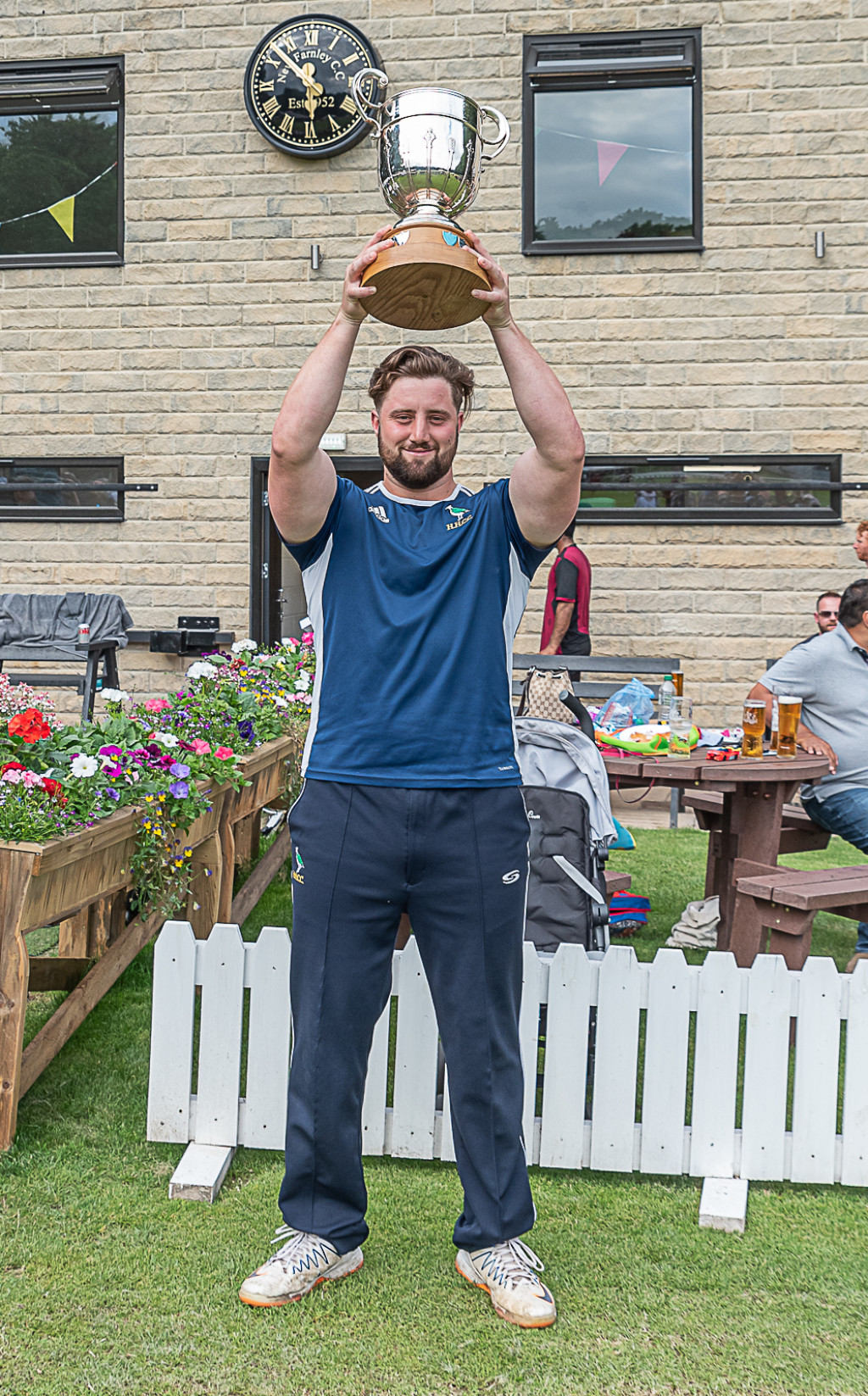 Danny Glover hit a four from the last ball of the game as Hanging Heaton retained the Gordon Rigg T20 Group A Cup with a pulsating one-wicket win over Woodlands at New Farnley.

In a match where the fortunes of the two sides ebbed and flowed, Hanging Heaton held their nerve and clinched the trophy for the fourth time in five seasons in front of an enthralled crowd.

The contest was a wonderful advert for the Gordon Rigg Bradford Premier League cricket and will live long in the memories of the many people who watched it.

Woodlands will wonder how they lost the game after the impressive Scott Richardson (5-31) took three wickets in the 19th over to leave Hanging Heaton needing 13 runs to win from the last over with two wickets in hand.

But with the pressure cranked up, Muhammad Bilal crucially bowled two no balls which resulted in free hits. Ghulam Hussain was run out from the second of the no balls, but last man Josh Wheatley scrambled a single before Glover hit his second four of the over to spark joyous Hanging Heaton celebrations as they passed the Woodlands score of 204-3.

Sixteen runs came from the fateful final over and 65 were scored in the final five overs after Hanging Heaton's top scorer Callum Geldart had been dismissed for a brilliant 92 which contained seven sixes and seven fours.

The odds were clearly on a Woodlands win at that stage, but James Byrne (33) and Callum Bethel (22) struck some decisive blows before both were dismissed by Scott Richardson in the penultimate over. Again the scales were tipped in Woodlands favour, but Glover and Hanging Heaton tore up the script.

It was a cruel twist of fate that saw Bilal taken for 16 runs in the last over after he had got the final of to a cracking start by smashing two sixes and 12 fours in a rapid 63.

Defeat was also hard on the Woodlands captain Brad Schmulian who produced two dazzling innings during the day. He followed up his century in the semi-final win over Bradford & Bingley with a delightful innings of 69.

Kieran Collins, one of the second teamers in the Woodlands team, showed his potential with an unbeaten 44 which pushed the Woodlands total up to 204-3.

That score took on an even more daunting look when Schmulian (3-15) removed both Gary Fellows and the Hanging Heaton skipper Ben Kohler-Cadmore in his the first over of their innings.

But writing off Hanging Heaton in an T20 contest isn't the wisest thing to do and the 2018 ECB Vitality National T20 champions showed once again why they are the most successful team in the 13 season history of the league's T20 Cup competitions.

During that time there have been some exciting contests, but none came close to matching this. The cricket from both sides and the magnificent staging of the event by New Farnley made this something to remember for many years to come.

Woodlands had secured their place in the final on the back of Schmulian's wonderful 104 not out against Bradford & Bingley in their delayed semi-final.

Schmulian hit two sixes and 15 fours as he got the day's proceedings off to an impressive start. Liam Collins (46) joined the Kiwi in a second wicket stand of 112 which helped Woodlands to make 167-5.

Bradford & Bingley, beaten finalists in 2020, never looked like challenging that score despite an unbeaten 40 from skipper Ed Brown. They were bowled out for 116 with Tom Clee taking 4-14 and Schmulian (3-15).

The game proved to be a tasty hors d'oeuvre to the main dish, a match which gripped, captivated and excited in equal measures. It was a day when it was a pleasure to say I was there.

The New Farnley members whose hard work made the day a huge success. Picture: Ray Spencer