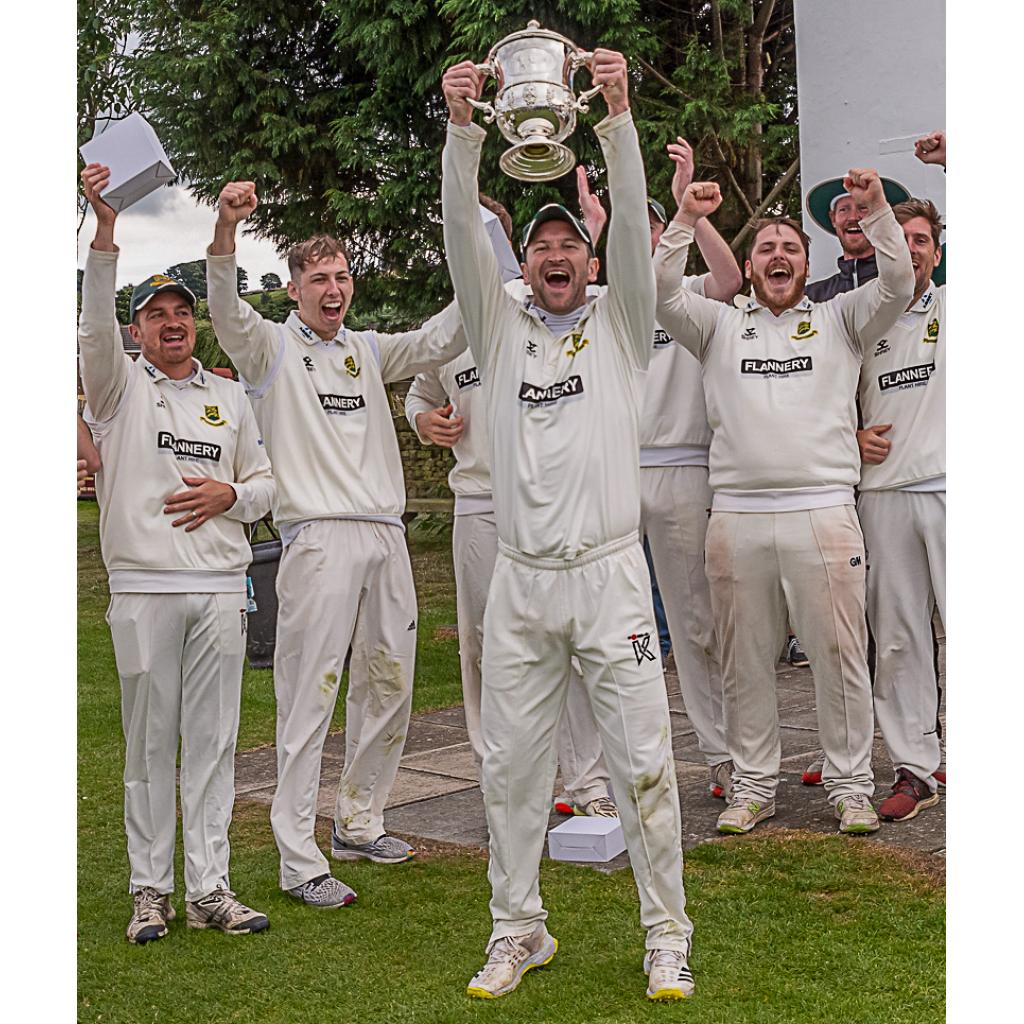 The Second Round of the Solly Sports Heavy Woollen Cup takes place this Sunday with all ties starting at 1pm. Holders New Farnley have an away tie at Broad Oak who had a very tight win at Pudsey Congs in Round One, while New Farnley had a crushing nine-wicket win at Barkisland.

Their new Australian paceman Liam Guthrie produced a devastating spell of 5-8 and was backed up by spinner Gurman Randhawa as the home side were skittled out for 52.

Townville must be one of the favourites to win the tournament after knocking out Woodlands. They won by three wickets in a game that lived up to its pre-match billing as a probable attritional close affair.

Woodlands, batting first, were reduced to 77-7 before Scott Richardson (56no) led a recovery which took his side to 185-9. Townville lost early wickets before Tom Brook steadied the ship and steered them to their first win of the season with an unbeaten 61. Townville are at old Central Yorkshire League rivals Birstall.

Ossett have made a promising start to the season, and they showed their power under their new skipper Nick Connolly by beating Yorkshire Cricket Southern Premier League opponents Cawthorne in the previous round.

Connolly (73) and Paul Malone (50) enabled Ossett to take command against Cawthorne and post a score of 237-7, which proved 61 runs to many for their opponents. Ossett will be favourites to beat Batley in the second round, but will be aware that their opponents have a `never say die’ attitude.

Batley progressed to the second round when Nikash Khan took 4-5 to assist in bowling out East Bierley for 117. They cruised to an eight-wicket win with Naveed Arif scoring 52 not out.

Hanging Heaton have had much success in this competition, but they will have a difficult task at Drakes Huddersfield League side Honley.

In the last round, Hanging Heaton proved too strong for Sandal as they ran out 143-run winners. Skipper Ben Kohler Cadmore’s 88 helped his side post 265 before bowling out Sandal for 122. However, they are in transition with a new look side after losing some strong batting from last season.

Bradford & Bingley will need to be on top of their game when they welcome Yorkshire Premier League Play-Off winners Castleford.

Both Castleford and Bradford & Bingley had ties against lower ranked opponents in the last round, but whereas the former despatched New Rover easily, the latter struggled against South Kirkby Colliery.

Methley appear to have their best side in years, and should go far in this competition. Yorkshire all-rounder Matthew Waite made 136, and Eitan Litvin (126), when they shared a fourth wicket stand of 248 for Methley in Round One. This propelled their side to 298-9 in a 121-run win over Pudsey St Lawrence.

They have a home tie with Drake’s Huddersfield League side Kirkburton who defeated Undercliffe in the previous round. Methley will be aware that Roscoe Tahttil made 122 and took 4-41 that day, proving that he is some all-rounder.

Two highly fancied sides are Hoylandswaine who have a testing away fixture at fellow Huddersfield League outfit Scholes, and Wakefield Thornes who have a home tie against Skelmanthorpe.

Round one of the Crowther Cup takes part on the same day with holders Hanging Heaton having a home match with Ossett.

Possibly the tie of the round is between Hoylandswaine and Wakefield Thornes, whose second teams both play in First Team competitions in their respective leagues.

Other Bradford League sides in action, and hoping to go far in the competition are Townville who play Farsley, New Farnley at home to Undercliffe, and Methley at Birstall.