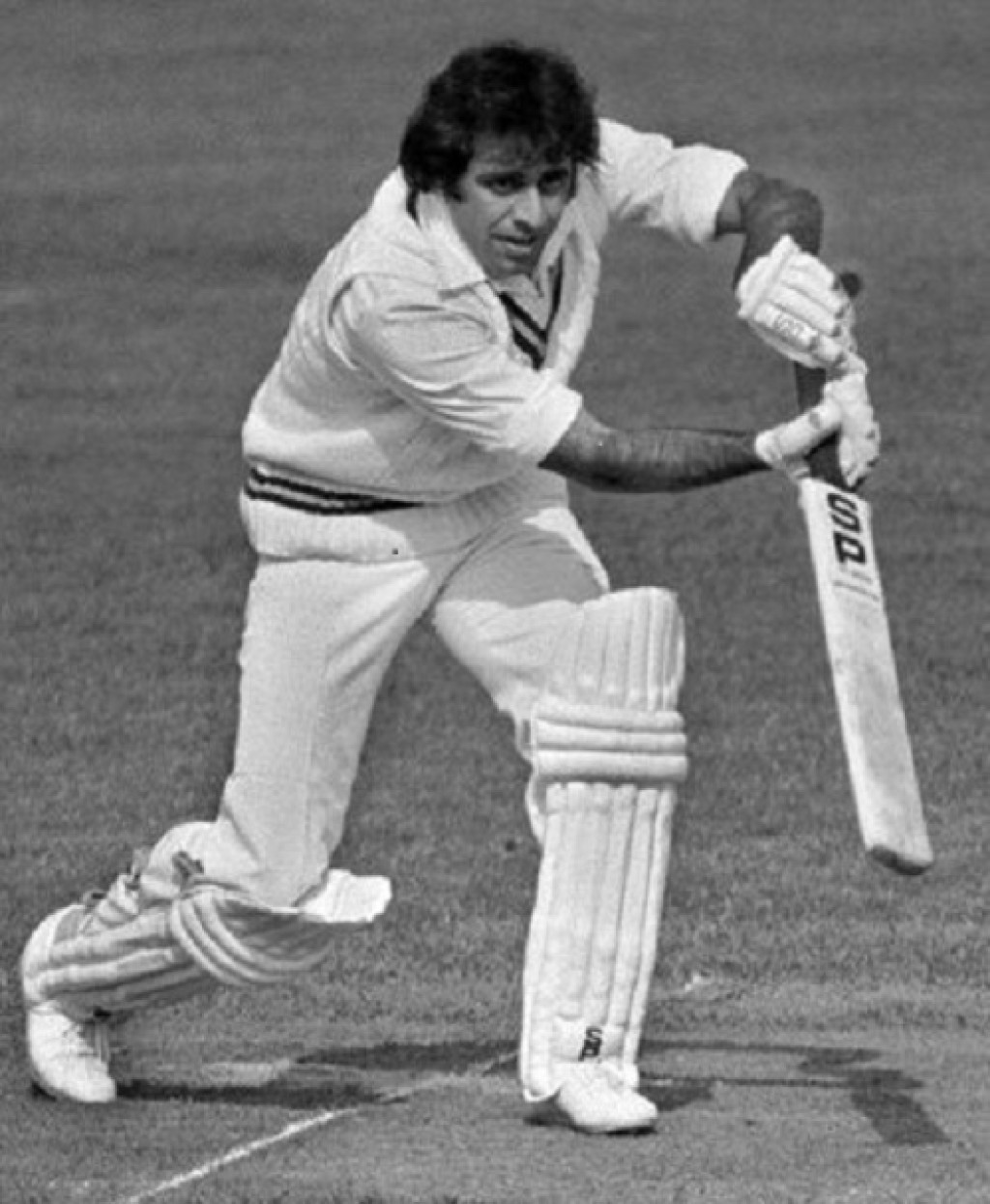 Test cricketer Haroon Rashid came to town in 1979, or should I say the village of Queensbury, in was a remarkable srory.

What is so astonishing about itt is the fact that Rashid finished his Test series with Pakistan in England, to join a Second Division Bradford League side, Queensbury, who had finished bottom for four successive seasons.

Long-serving Queensbury cricketer and committee man Terry McGuire remembers it well, ”Haroon made his debut for Pakistan against Australia in 1977, scoring 57 in the first innings in an incredible batting line up which included Majid Khan, Sadiq Mohammed, Zaheer Abbas, Haroon Rashid, Javed Miandad and Imran Khan.

“He scored two centuries against England in the winter tour of 1978, and he joined Queensbury in 1979, straight after the early summer three test series in England.

“He wanted to stay on after the tour and play some league cricket, and Don Mosley the broadcaster, suggested the Bradford Cricket League.

“Queensbury batsman Shabbir Ellahi was able to make contact with him through someone they mutually knew. I met Haroon during the Headingley Test at the Hilton Hotel near Leeds station. We shook hands on a deal and he joined us as soon as the series finished”.

Sensational Hitting in the League

McGuire continues, “As far as performances go, he was a prodigious striker of the ball even in the Test arena. In one of his centuries against England, he hit six sixes which was a high number at Test level in that era..

“Playing for Queensbury, I recall him hitting at least five sixes in a quick-fire 50 against Yorkshire Bank, and later scoring 109 at Brighouse. A couple of sixes cleared the clubhouse at Brighouse by a long way, landing on the bowling greens. This I hasten to add was on the old ground on Clifton Road/

“If you can imagine Hartshead Moor’s ground, he struck two straight sixes over the houses that faced the ground, clearing their back gardens”.

“The biggest hit I have ever seen in cricket was when Haroon launched one over mid wicket at Queensbury, over two streets of terraced houses. An old member Norman Jowett went looking for the ball and found it in the Granby pub car park, which stands on the main road.

“Actually there was an amusing incident with a six Haroon struck at Lidget Green. He hit the ball straight back over the bowlers head and out of the ground. You could hear the thud as it hit a car going up Clayton Road.

“A bit later two policemen came into the ground wanting to know who had hit their car. Haroon carried on oblivious to the police who basically stood scratching their heads for a bit, then left”.

McGuire concludes “He did play again in the Bradford League for Undercliffe and I was the go between for that arrangement”.

Terry McGuire the player and the overseas scout

McGuire played for Queensbury for a number of years, and though a sound right-handed batsman, he made his name more as an opening bowler. His best season was in 1976 when he took 41 wickets.

He explains, “In the 1981 season I took 31 wickets at around 18 each, but in 1982 I helped to set a new Priestley Cup record seventh wicket partnership against Brighouse.”

This record no longer stands today, but Terry scored 41 not out, accompanying Asad Rauf, who made 171 not out in a stand of 148.

Rauf was one of several top class Pakistani overseas players brought to the club by Terry. “I was involved with bringing over Ali Zia and Asad Rauf, plus a few earlier, notably Rizwan uz Zaman, above, and Rashid Khan who both played about half a season for Queensbury in 1980.

Rizwan went on to play 11 Tests and three ODIs for Pakistan and Rashid played four Tests and 29 ODI's.

Haroon Rashid was a swashbuckling batter even in five-day Test cricket. He wasn’t a batter who believed in moving his feet much; his game was based on sheer power, and the confidence to beat the in-field.

His back-to-back tons against England in Pakistan, followed by a modest haul of 33 runs in five innings in England, spoke about the two ends of the spectrum he could be.

He ended up playing 23 Tests and 12 ODIs and failed to achieve the heights that were expected of him. However, he ended with a respectable Test average of 34.77, and a top score of 153.

Since he retired as a player in 1985, Rashid has held wide-ranging roles in Pakistan cricket.

The 67-year-old has served as a team manager, senior and junior coach, chief selector, head of youth and game development, head of the National Cricket Academy and Head of Domestic Cricket - a post he held until April.

His last significant project included an overhaul of Pakistan's domestic structure, getting rid of departments and reducing the number of teams from 16 to just six provincial sides.

When Rashid first quit cricket he joined United Bank and after a few years in the commercial department he was encouraged In 1988 to coach United Bank U19s.

He went on to be national U19s selector and coach. He caused surprise when he selected Shahid Afridi who lived near him. Later he was asked to send replacements for the injury hit Pakistan side in Kenya where Afridi was sent and made 102 on debut.

His good work led to him being appointed manager of the Pakistan Test team between 2003 and 2005 when Bob Woolmer and Javed Miandad were the coaches.

Disciplinary problems on the 2004-05 tour to Australia during a 3-0 Test series defeat which saw Shoaib Akhtar and Danish Kaneria fined by the match referee for improper behaviour on the field,  led to Rashid being made the scapegoat.

Rashid was to return later as a selector and became chairman of the panel until he was dismissed after Pakistan performed dismally in the 2016 T20 World Cup.

Within a year, Rashid was appointed to the new role of Head of Domestic cricket and held it for three years before departing under a review of high performance cricket by the Pakistan Cricket Association under new chief executive Wasim Khan.

His Queensbury team-mate Ali Zia, departed in the same restructure. He had been the the Senior General Manager Academies at PCB National Cricket Academy.