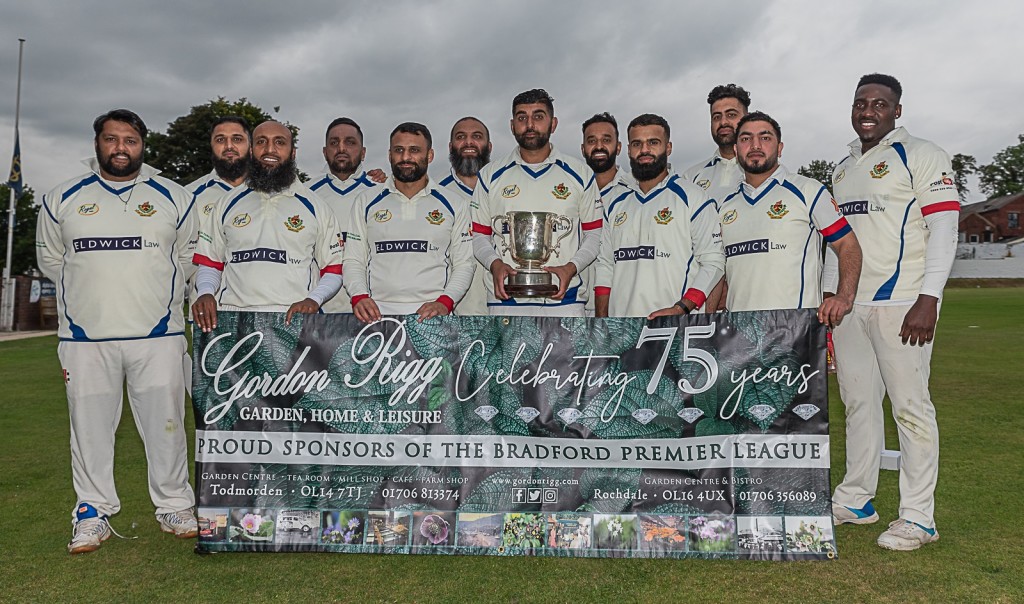 Jer Lane produced an impressive performance to collect their third trophy of the season by defeating East Ardsley by 52 runs in the Gordon Rigg Jack Hampshire Cup final at Spen Victoria.

Centuries from opener Farakh Hussain (107) and overseas player Cosmond Walters (101) saw them post a daunting 306-5 after being put in to bat.

East Ardsley, who finished runners up to Jer Lane in Division Two, made 254-9, but could not prevent Jer Lane from adding the Jack Hampshire Cup to the Division Two Championship and Gordon Rigg Group B T20 Cup they had already won.

East Ardsley skipper Richard Vigars was made to regret his decision to put Jer Lane in as Hussain set about the bowling in his swashbuckling style.

Cosmond Walters on the attack during his 71-ball century Picture: Ray Spencer

He raced to his century in 73 balls, hitting five sixes and 14 fours, but Walters scored even quicker. He struck seven sixes and seven fours while making 101 from 71 balls.

If the East Ardsley bowlers thought that getting rid of Hussain and Walters would end their suffering they were mistaken. Ibrar Younis smashed 52 from just 23 deliveries. Only Louie Hurley (3-42) emerged from the savaging with respectable figures.

One thing that has been clear in recent weeks is that East Ardsley are a side who do not give up without a fight. It was to their immense credit that they did not surrender meekly and replied with 254-9 as the match produced an incredible 560 runs.

The wicket at Spen Victoria was hard and favoured the stroke makers. East Ardsley tried to force the pace with Simon Tucker making 31, but when they slipped to 142-7 it looked as if they were heading or a big defeat.

Vigars and Ashley Pearson were in no mood to throw in the towel. They added 111 for the eighth wicket and took the fight to Jer Lane.

Vigars led from the front with 61 while Pearson made 48. Their efforts certainly gave Jer Lane plenty to think about, but the Division Two champions held their nerve and won the cup for the first time.

Arslaan Mahmood (4-39) was the pick of the bowlers as Jer Lane crowned their magnificent season with their third piece of silverware.

With Cosmond Walters getting the man of the match award there is now a good case for Jer Lane building a bigger trophy cabinet.

It has been a magnificent season for them, but East Ardsley can also reflect on a campaign which has seen them win promotion and grow as a side.