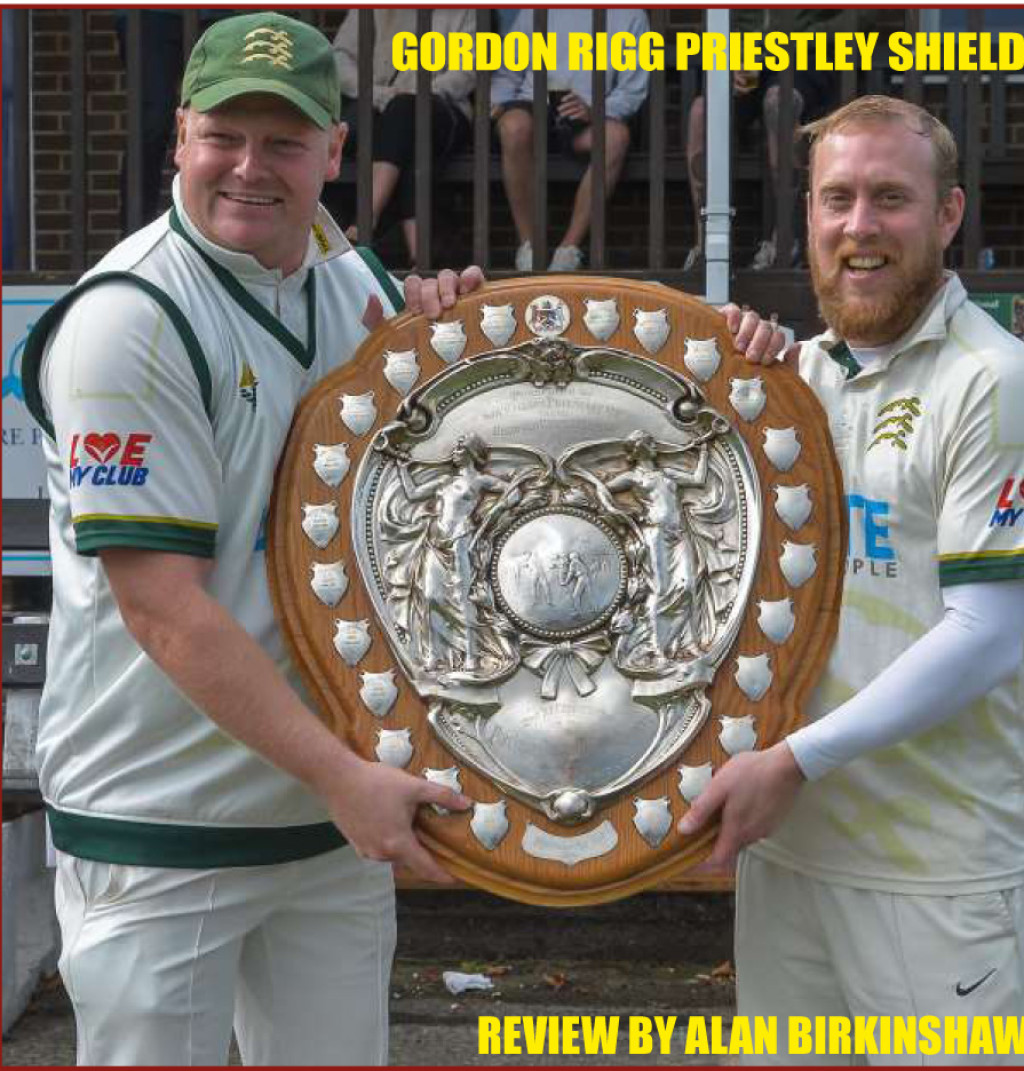 Mark Lawson hit his second century of the weekend as holders New Farnley overcame a determined Baildon side by 64 runs to reach the last eight of the Gordon Rigg Priestley Shield.

Lawson struck four sixes and 13 fours while making an unbeaten 124 after his side had lost two early wickets. Chris Sowden (70) shared a stand of 159 with Lawson for the fifth wicket.

Baildon, who are going well in Division One, replied with 190-7. Simon McDermott top scored with 36 while Adam Hussain scored 30.

Just 24 hours after inflicting a first defeat of the season on Premier Division leaders Hanging Heaton, the 2018 winners Bowling Old Lane lost their last eight wickets for 26 runs to suffer a 21-run defeat against Division One side Cleckheaton.

Ethan Lee sparked the collapse with 6-34 and enabled Cleckheaton to win despite only making 108 when they batted first. Elliot Hallas (47) was the one batsman in the match to make an impression and his contribution was crucial to the outcome. Fahad Khan (4-13) bowled well for Old Lane.

Pudsey St Lawrence needed an unbroken sixth wicket stand of 55 between Adam Frost (32no) and Sam Johnson (20no) to edge past Jer Lane’s total of 107 and secure a five-wicket win.

Raja Khan (33no) top scored in the Jer Lane innings as Frost completed his eight over spell with 2-8.

Birstall were the first team to book their place in the last eight after bowling out Methley for 76 and romping home for the loss of just two wickets.

Alex Drake (3-15) and Daniel Marlowe (3-8) were the key bowlers for Birstall while Bobby McFarlane (54no) enabled them to reach their target in just 12.4 overs.

The experience Babar Butt (48) and Russ Kettlewell (44) put on 100 for the fourth wicket as Congs made 175-9 before dismissing their weakened opponents for 77. Butt wrapped things up by taking 3-1.

Alex Maddison impressed with 5-23 as Farsley bowled out Lightcliffe for 115 before easing home by five wickets.

Woodlands proved too strong for Division Two outfit Townville as they eased to an 83-run win at Albert Terrace.

The remaining tie between Morley and East Bierley was postponed due to Covid-19 precautions.

The draw for the last eight will be posted on the league website at 7.30pm on Monday evening