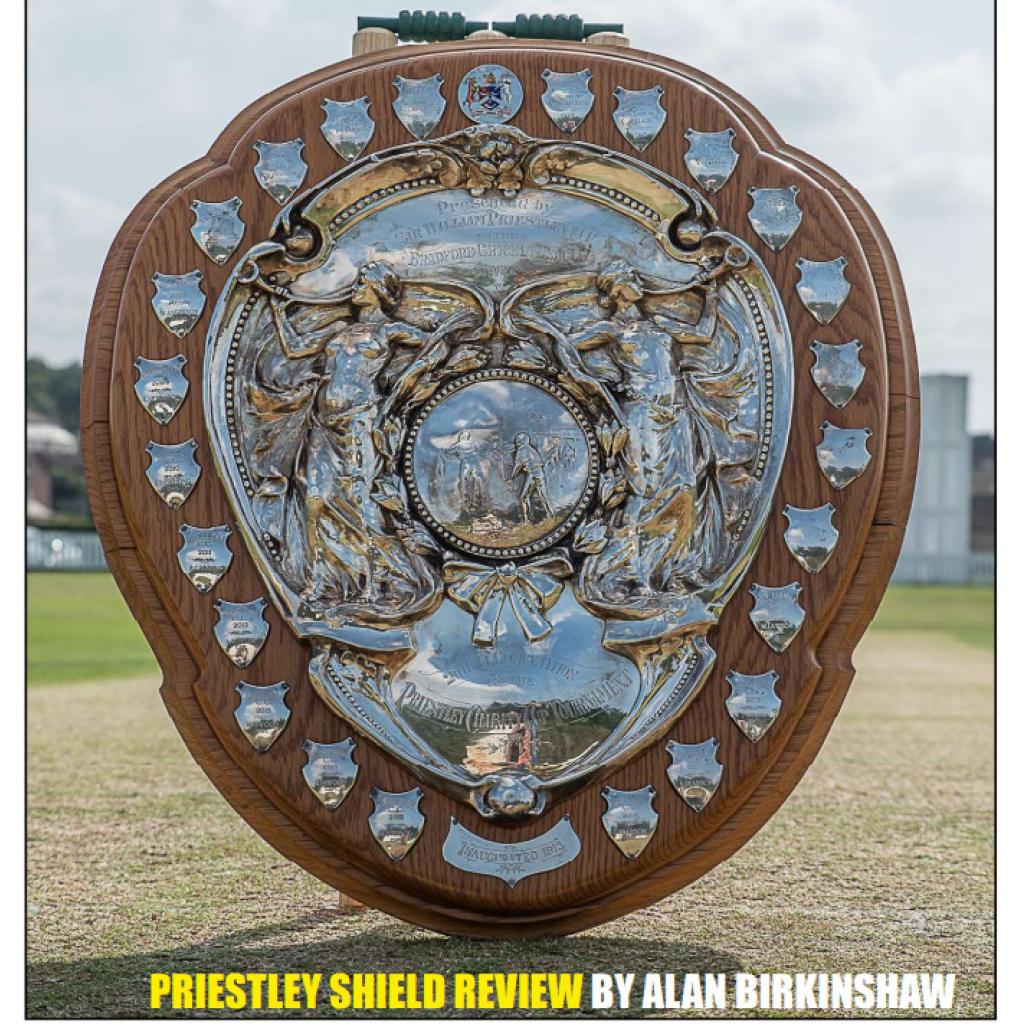 Zahir Shah (101no) and Faizan Haider (100) put on 176 for the third wicket as their side chased down East Bierley’s total of 308-6 to win by seven wickets with 10 balls to spare. Shah hit three sixes and 10 fours while Haider’s innings contained three sixes and 12 fours.

Defeat was tough on East Bierley skipper Ross Monaghan. He had set the tone for the afternoon’s run spree by making 113 with six sixes and seven fours.

Yeadon’s Simeon Pickering was another player to make a century. He hammered eight sixes and nine fours while making 101 as he shared in third wicket partnership with his father Andrew (89no) as their side scored 261-3 on their way to a 165-run win over Rodley.

The day’s fifth centurion was Townville skipper Kieran Samuels. He scored 113 in his team’s total of 222 as they defeated Wrenthorpe by 87 runs. Paul Marshall made 50 for Wrenthorpe as Alistair Ward took 4-10.

Tom Greenwood took a hat-trick in his first over as Crossflatts bowled out Baildon for 152 to defeat their higher division opponents by 34 runs.

Undercliffe’s last man Mohammed Tuhaa hit the fifth ball of the final over for four to secure a nervy one-wicket win for his side at Altofts where the home side fought hard to defend a modest score of 148-7, Liam Webb taking 4-29.

Holders Woodlands cruised to a nine-wicket win over Buttershaw St Paul’s. Cieran Garner (48no) and Harry Medcalf (41) ensured they overhauled St Paul’s score of 137 with the minimum of fuss.

Last year’s beaten finalists Farsley won by the same margin against Cleckheaton. Chasing a Cleckheaton score of 185-7 which featured 65 from Scott Price, the Red Lane side cruised home thanks to James Hoyland (91) and Ryan Blackburn (67no).

Methley were also nine-wicket winners. Jake McCaffrey (51) and George Ellis (50no) enabled their side to pass Hartshead Moor’s 144 with the minimum of fuss.

An unbeaten 79 from Ashley Slater saw Pudsey Congs pass Carlton’s all out score of 146 with four wickets down.

Birstall’s Alex Drake had the day’s best bowling figures of 5-14 but ended up on the losing side against Gomersal. Adam Ives top scored with 72 as Gomersal posted 196 before dismissing Batley for 123 to seal a73-run success.

Tom Lindsay made an unbeaten 53 to guide Hanging Heaton to a comfortable win over Wakefield St Michael’s by eight wickets. The St Michael’s score of 132 was dominated by Chris McHale (75).

Lewis Brown took 5-11 and scored 58 but could not save Bradford & Bingley from a 26-run defeat at New Farnley where the home side defended a total of 151.

Two Premier Division sides to make early exits were Barley and Morley. Batley went down to a seven-wicket defeat against Lightcliffe, while Morley lost a low-scoring tie with Bankfoot by four wickets.

Pudsey St Lawrence complete the line-up for the second round after opponents Spen Victoria forfeited their tie.