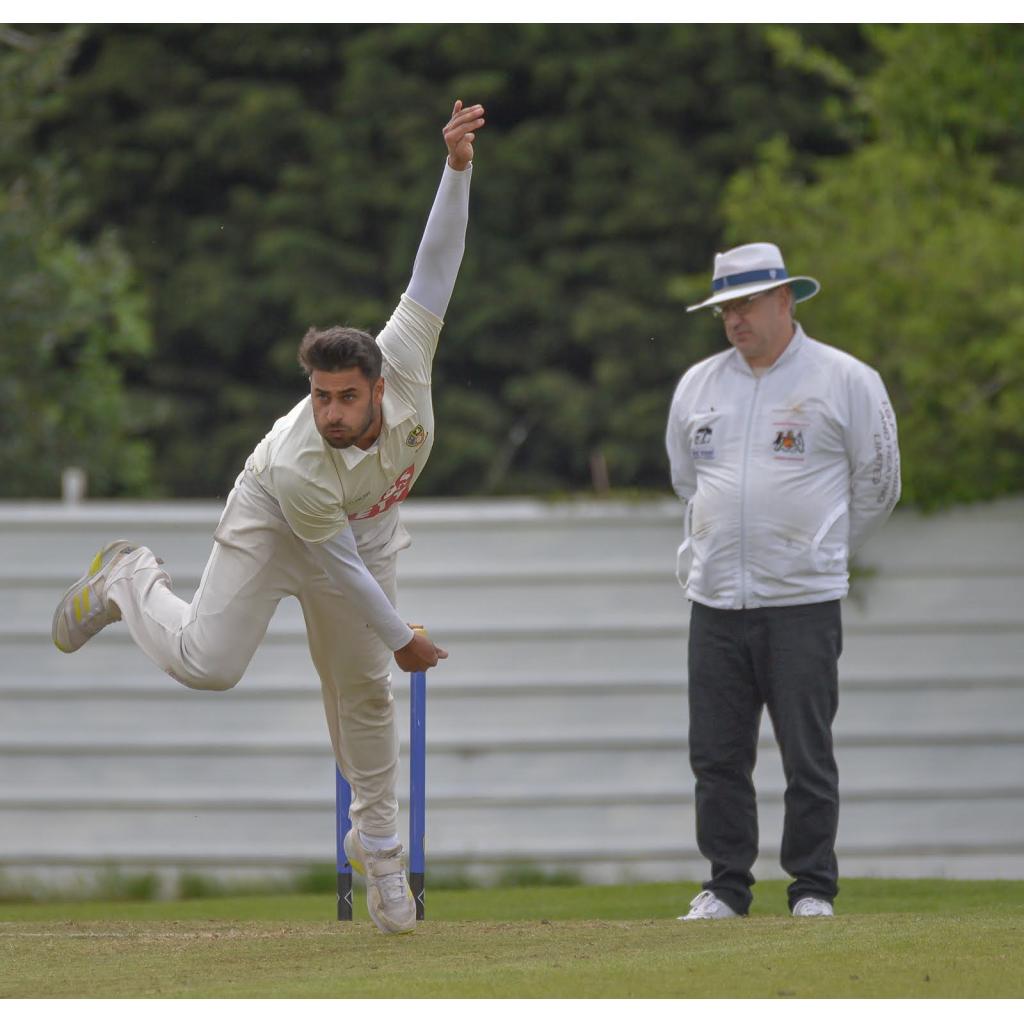 Premier Division
Ossett v New Farnley
Ossett blasted the Premier Division title race wide open as they defeated table topping New Farnley by 11 runs. Spinner Mattie Race (4-26) and opening bowler Mubtada Akhtar (4-28) sparked a dramatic collapse which saw the leaders lose their last five wickets for just nine runs.
New Farnley looked to be cruising to victory while Adam Waite (52) and Steve Bullen (34) were at the crease, but once they were parted the innings went into free fall.
Ossett, who were under the leadership of former New Farnley player Dan Busfield after Nick Connolly’s decision to relinquish the captaincy, gave him the best possible start to his second spell at the helm.
After winning the toss Busfield elected to bat and thanks to a patient innings of 83 from Marcus Walmsley and  46 from James Keen, they managed to make 179 against a lack lustre New Farnley side. Spinner Gurman Randhawa took 3-20 on a day when his side struggled and Ossett made them pay the price.
Scorecard
Methley v Woodlands
Champions Woodlands closed the gap on New Farnley to six points as they recorded a 111-run win over Gordon Rigg Priestley Cup finalists Methley.
Skipper Brad Schmulian led from the front with a superb innings of 130. He hit four sixes and 14 fours as he capitalised on the work of Sam Frankland (58) and his stand-in opening partner Greg Finn (60) to push his side to a total of 331-8. Ben Waite (4-84) and Finley Rooke (3-62) were made to work hard for their wickets.
Opener Jason Marshall dominated the Methley reply as he continued his good form by making an unbeaten 106 as his side were dismissed for 220. Marshall struck three sixes and 15 fours as he carried his bat while Eitan Litvin made 45. That man Schmulian (4-34) and Chris Brice (3-76) were the pick of the Woodlands bowlers.
Scorecard
Bankfoot v Pudsey St Lawrence
Afghani all-round Zia Ul-Haq Parwani took three wickets in four balls to seal Bankfoot’s 13-run win over Pudsey St Lawrence. It gave him figures of 4-50 and capped a fine individual performance from him.
Parwani had top scored with 73 and was backed up by skipper James Lee (59) and Osama Ahmad (45) as Bankfoot made 275-8 after electing to bat first. Archie Scott (3-63) and Josh Dracup (3-66) proved to be the best of the St Lawrence bowlers.
The Saints were given a solid start with openers Mark Robertshaw and Charlie Best both making 48 as they shared a stand of 103. Harry Cullingford chipped in with 37 but Parwani and fellow spinner Seif Hussain (4-85) helped bowl the visitors out for 262.
Scorecard
Batley v Townville
Skipper Jack Hughes (81) and Abdul Wahid (63) enabled Townville to squeeze home by four wickets with four balls to spare against a Batley side who always seem to cause them problems.
Yasir Ali (4-56) bowled well for Batley as they battled to defend their score of 243-6, but Hughes and Wahid – playing against his old club – did enough to enable their side to secure the win.
Batley may be staring relegation in the face but they are certainly putting up a fight. Overseas player Raza Hassan (66), Mohammed Bhoola (56), Muhammad Hafeez (43) and Kasir Maroof (31no) helped them post a challenging score.
Scorecard Cleckheaton v Bradford & Bingley
Cleckheaton sank deeper into the relegation mire as they crashed to an eight-wicket defeat which leaves them rooted in the bottom two, 43 points from safety with just four games to play.
Their decision to bat first after winning the toss backfired as they were bowled out for 115, left arm spinner Bradley Reeve picking up 3-27.
Australian Corey Miller (58) and Jack Luxton (36no) sped Bradford & Bingley to their victory target in just 13,5 overs.
Scorecard Read our review of the weekend's second team action