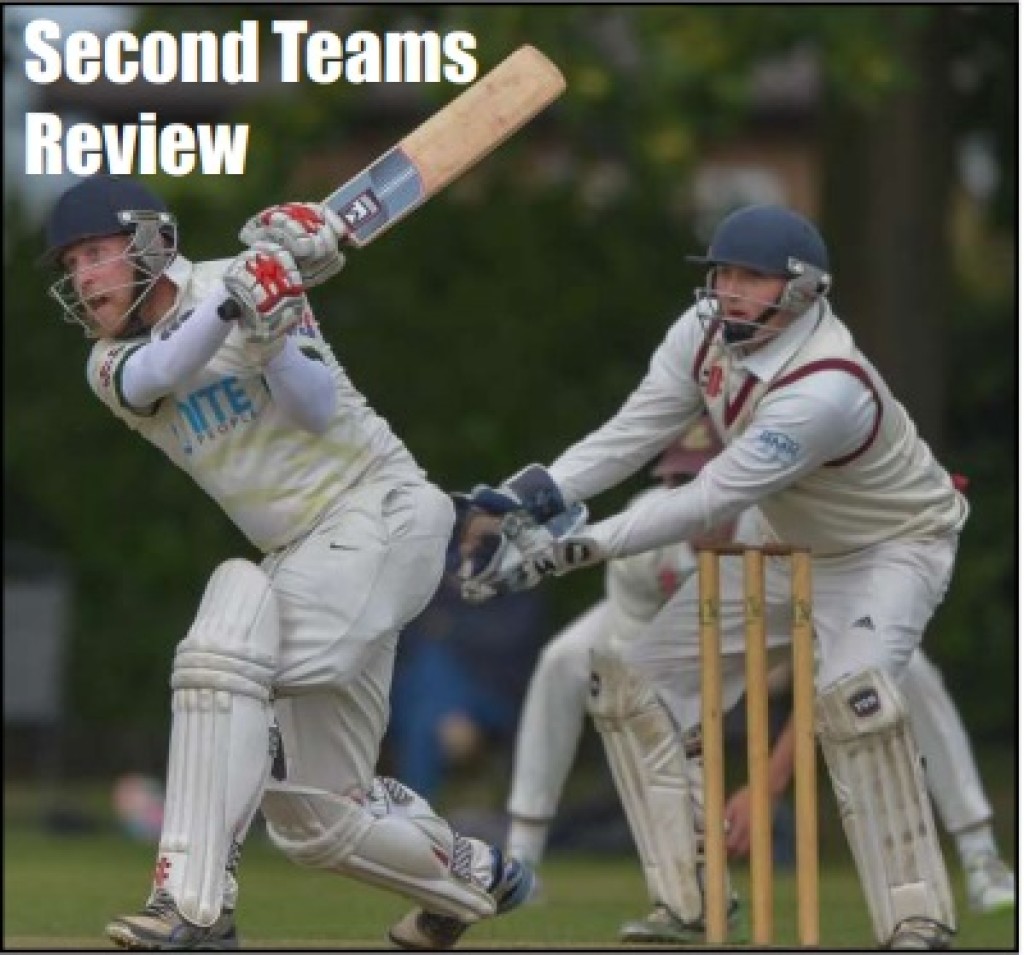 Yeadon boosted their hopes of avoiding relegation from the Premier Division with a four-wicket win over Pudsey St Lawrence.

They chased down their opponents’ score of 232-7 with three balls to spare thanks largely to a fourth wicket stand of 106 between the father and son combination of Andrew and Simeon Pickering.

Andrew made 72 and Simeon (71) as they closed to within three points of third from bottom Gomersal having played a game less. Andrew Carass (3-44) was the best of the St Lawrence bowlers.

Adam Frost (90no) and Ricky Priestley (71) dominated the St Lawrence innings against an attack in which Kamran Khan took 3-50.

Gomersal also secured a valuable win as they defeated Bankfoot by nine wickets. Jordan Bloom (3-26) and Ryan Kitson (3-46) led the way as Bankfoot were bowled out for 128, Zahir Shah making 37.

Lightcliffe’s relegation was confirmed when they suffered a 132-run defeat at New Farnley. Russ Aucott marked his return after dislocating a knee by scoring 87 as the home side posted a score of 226-6. Joe Bedford (36) and Andrew Langley (34) added useful runs.

Langley followed up by taking 4-15 as Lightcliffe were dismissed for 94, Richard Thompson making 30. The result enabled New Farnley to take over from St Lawrence in second place.

Batley defeated champions Hanging Heaton by six wickets after bowling them out for just 99 in their derby clash. Umar Mirza (5-43) and Zahoor Hussain (3-4) were the pick of the Batley bowlers while Bilal Abbas made 34 in the successful reply. Mick Horner with 4-20 took the only Batley wickets to fall.

Saad Khan took 5-49 as Bowling Old Lane dismissed East Bierley for 194 to secure a 42-run win. Tom Hoyle (66) and James Higgins (33) battled hard but could not save Bierley from defeat.

Jer Lane need six points from their last two games to clinch the Division One title following their 58-run win over Baildon.

Haroon Mahmood impressed with 7-15 and was supported by Bobby Khan (3-24) as Baildon were dismissed for 84 after Jer Lane had made 142 batting first.

Jer Lane have 296 points and are 55 ahead of Bradford & Bingley who have a game in hand. The Wagon Lane side strengthened their promotion push with a 36-run win over Methley.

George Heartfield (5-18) and Reece Cockshott (3-34) enabled their side to bowl out Methley when they replied to the visitors’ score of 163-9. Veteran John Rickers (42) and Richard Foster (35) were the pick of the Methley batsmen. Matthew Keeton (31) and Zaid Saleem (30no) top scored for Bradford & Bingley as Rickers picked up 3-42.

Third place Farsley are three points behind Bradford & Bingley after an eight wicket win over Great Preston. Elliot Addison set up the win by taking 5-40 as Great Preston, despite 53 from Danny Harwood, were dismissed for 155.

An opening stand of 107 between Jamie Hoyland (57) and David Kenyon (54no) was followed up by an unbeaten32 from Mukdas Mohammad as victory was comfortable achieved.

A five-wicket defeat by Cleckheaton confirmed Keighley’s relegation. They were bowled out for 154 with Sam Bailey taking 4-31 and James Ives (3-24). Dhruv Sharma was the top scorer with 31.

Cleckheaton openers Craig Blackburn (42) and Yusuf Malik (35) ensured their side had a relatively comfortable path to victory.

Northowram Fields remain in the bottom two after a 90-run defeat against East Ardsley. Oliver Appleyard struck 15 fours while making 102, while Daniel McTiernan contributed 86 to an East Ardsley total of 251-4.

Pudsey Congs were given an almighty scare by Carlton despite bowling out their opponents for 78 with Adam Patrick taking 4-14 and Josh Chapman (3-15).

Congs were reduced to 59-9 before a last wicket stand of 20 between Macauley Gaunt (16no) and Nick Gedge (4no) saw them home. Clark Harrison (6-43) and William Hayton (3-25) were the bowlers who caused Congs such problems.

Hartshead Moor breezed to the Division Two title thanks to their experienced bowler Jeff Wind taking 5-6 as they bowled out relegated Adwalton for 58 on their way to an eight-wicket win.

Skipper Andrew Croft was unbeaten on 37 as Hartshead Moor secured the win which put them out of reach at the top.

Wrenthorpe will be relegated along with Adwalton after their 10-wicket defeat by third place Hopton Mills.

They were bowled out for just 52 with Phil Scott taking 4-9 and Andrew Moorhouse (3-7). Arshad Ali was unbeaten on 31 in the Mills reply.

Hopton Mills are currently 20 points behind second place Townville and have a crucial match at home to champions Hartshead Moor on Saturday.

A third wicket partnership of 100 between Christopher Gibson (59) and Will Henshall (52no) helped Sandal to a seven wicket win over Wakefield St Michael’s after they had restricted their rivals to 155-6. Old stager David Atkinson top scored with 36 as Richard Gibson picked up 4-39.

Jaymes Hollingworth hit an unbeaten 70 and was supported by David Robson (36) as Altofts secured victory by four wickets against Ossett. Steve Coulthard was the best of the Ossett bowlers with 3-34 after top scoring with 67 in Ossett’s 166. Louis Holt (4-43) and Hollingworth (3-37) led the Altofts bowling effort.

Ashraf Karolia made 92 as Liversedge made 264-7 to set up an 89-run win over Birstall. Antony Mullaney (48no) and Fakir Laher (34) chipped in with good contributions.

Lee Peter (3-40) was the best of the Birstall bowlers before top scoring with 61no in his side’s 175-6. Ben Orman (44) provided the main support to his captain.

Brighouse need 11 points from their last two game to be confirmed as champions after their 32-run win over East Leeds.

Pritesh Lad (6-38) was the key man as second place Buttershaw St Paul’s bowled out Gildersome & Farnley Hill for 188 to complete a 58-run win.

Jonny Walker (74) and John Crowther (59) battled hard but could not prevent St Pauls’ from banking another 20-point haul.

Rock bottom Crossbank Methodists finally celebrated their first win after defeating Rodley by 154 runs. Joseph Hallas (48) and Joseph Hanson (42) helped them to 170 despite the efforts of Alex Wilson (4-36) and Gary Sagar (3-49).

Theo Hanson picked up 4-30 as Rodley perished for 154. The top scorer was Flinn Woodward-Chapman with 56.

Razeeb Raja (4-23) and Kristian Rowan (4-34) helped set up Heckmondwike & Carlinghow’s six wicket win over Spen Victoria. They restricted the home side to 131 despite 48 from Alex Leadbeater (48). Adam Holt (41) and Shazad Riaz (37) led the successful run chase. 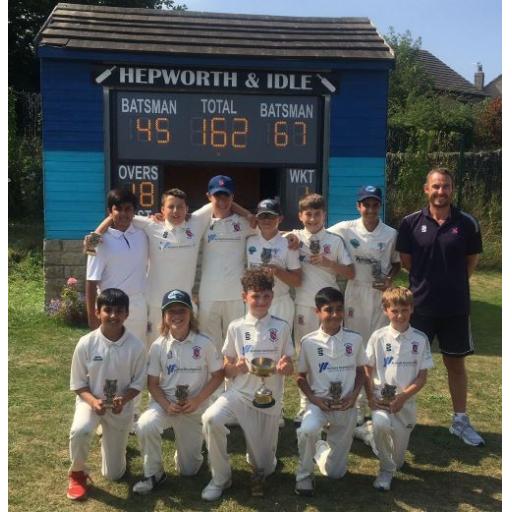