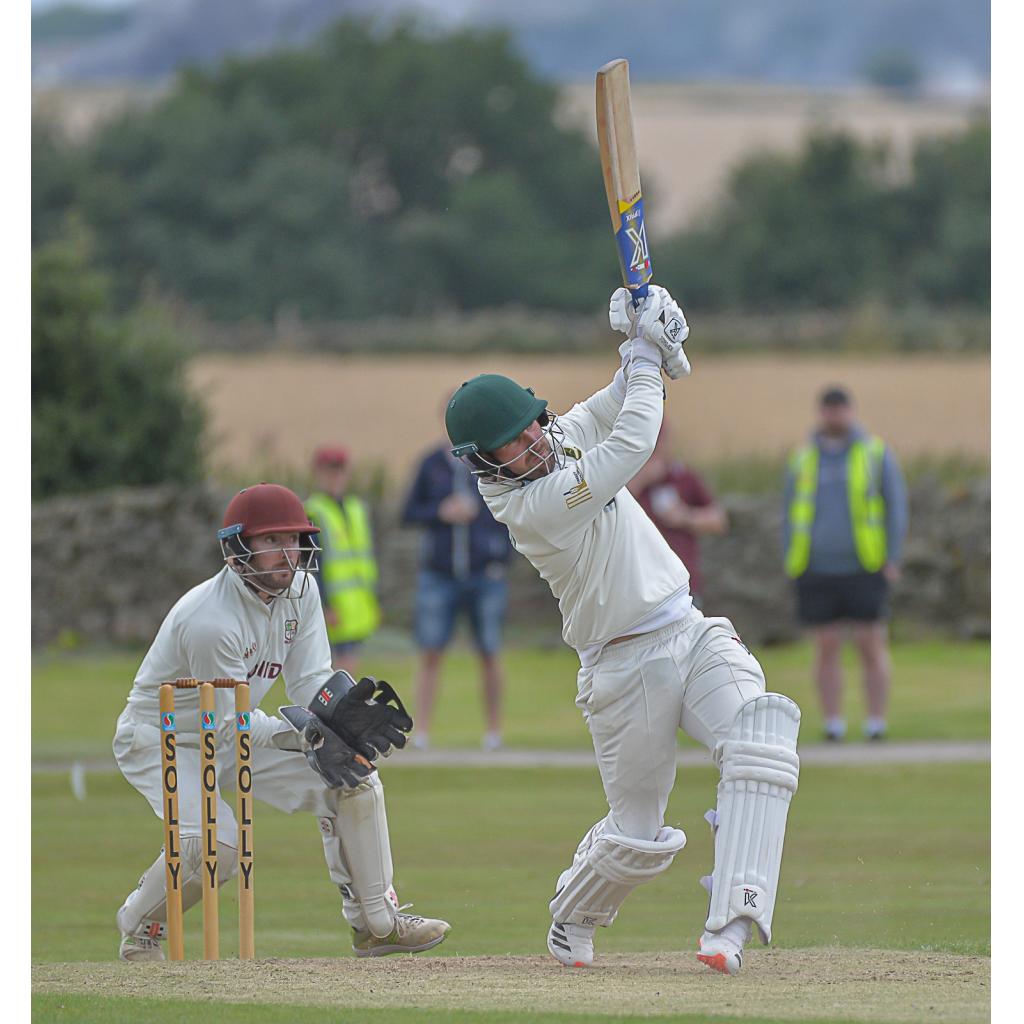 The Solly Sports Heavy Woollen Cup has two cracking ties this Sunday featuring Bradford Premier League sides.-
New Farnley v Scholes (HL)- Semi-Final
This tie should have a great atmosphere given the traditional Scholes travelling army, and not to mention the intimate Barry Jackson ground on Lawns Lane.
The fact that New Farnley top the Bradford Premier League and Scholes are chasing leaders Hoylandswaine hard in the Drakes Huddersfield Premiership, adds spice to the proceedings. An extra incentive for New Farnley to get through is that the final is scheduled for their ground.

How They Got There
New Farnley
Barkisland v New Farnley
Australian fast bowler Liam Guthrie made a stunning Heavy Woollen Cup debut by taking 5-8 as Barkisland were skittled out for just 53. Spinner Gurman Randhawa backed him up with 3-4. New Farnley took just 8.5 overs to knock off the runs and record a nine-wicket win.
Broad Oak v New Farnley
New Farnley batted first against Broad Oak and their batting looked out of sorts without Dan Hodgson. However, they looked set for a big total while Aidan Langley (70) and Steve Bullen (60) were together, but once they departed the last eight wickets fell for 53 runs and they were dismissed with 4.2 over unused.
The Broad Oak’s target of a below par 189 looked to be well within reach when skipper Dominic Finn (63) and Fletcher Coutts (40) were at the wicket. At 160-6, and with plenty of overs left, it appeared to be Broad Oak’s game. However, left arm paceman Alex Lilley had other ideas and in his second spell his late hat-trick finished off Broad Oak with 26 still needed. It was a close shave for New Farnley, but good teams come through adversity.

Scholes
Scholes v Farsley
Scholes opened with a comfortable 51-run win over 2021 semi-finalists Farsley. Jack Shelley made 68 as they posted a score of 207 before dismissing Farsley for 156. Yaasar Imtiaz (3-26), Alex Walker (3-28) and Shelley (3-57) were the key bowlers for Scholes.

Scholes v Hoylandswaine
Scholes emerged as one of the teams most likely to win the tournament after eclipsing Hoylandswaine in the First Round. They chased down a total of 290 to win by six wickets, with Yorkshire’s Ben Birkhead scoring an unbeaten 119. He was joined in an unbroken fifth wicket stand of 155 by Jack Shelley (74no).
Hoylandswaine would have scored more heavily but for the sterling efforts of Scholes’ bowlers Louis Brook (3-53) and Sculley (3-74).

Scholes v Batley
In the next round against Batley, the rain intervened and reduced the game to 20 overs per side. Batley set quite a good target at 178-7, but the rain came again and when play was brought to a halt, Scholes were deemed to be the winners at 79-1 in six overs. The run rate was comfortably ahead of the Duckworth Lewis Stern par score. Yorkshire batsman James Wharton hit an unbeaten 41.

Townville v Honley- Quarter-Final
This tie was previously abandoned as rain curtailed proceedings when Honley were a very decent 86-2 with Will Fraine well set. As beaten finalists three times in ten years, Townville will be extra keen to go one better this season and add the famous trophy to their cricketing CV.

How They Got There
Townville
Townville v Woodlands
Townville beat one of the favourites Woodlands in the First Round in a tense struggle at Poplar Avenue. Woodlands batted first and scored a below par 189-7, largely down to Conor Harvey’s excellent spell of 5-27. In reply, Townville made a good start and then lost wickets as Woodlands applied the brakes on the scoring. However, Tom Brook batted positively to take any doubt away from the Townville faithful as he struck a very purposeful 61 not out.

Birstall v Townville
Things were smoother in the next round as Townville beat Birstall in a canter to reach the quarter-finals.
Jonny Booth was unbeaten on 43 as Townville marched to an eight-wicket win at Birstall. Paceman Conor Harvey was again the scourge of the batsmen as took 4-15.

Honley
Bowling Old Lane v Honley
Honley had a comfortable passage into the Second Round when they defeated Bowling Old Lane on their own ground. Batting first they made 224-8 with Charlie Jakeman scoring 81.The Old Lane fell well short at 154 all-out.

Honley v Hanging Heaton
Hanging Heaton scored a very worthy 234 in this tie, but their bowling attack could not quite defend it. Will Fraine scored 84, and Lewis Kenworthy a crucial 40 not out, with the winning runs coming in the last over with seven wickets down. Simon Kelly was Honley’s most successful bowler with 3-27. 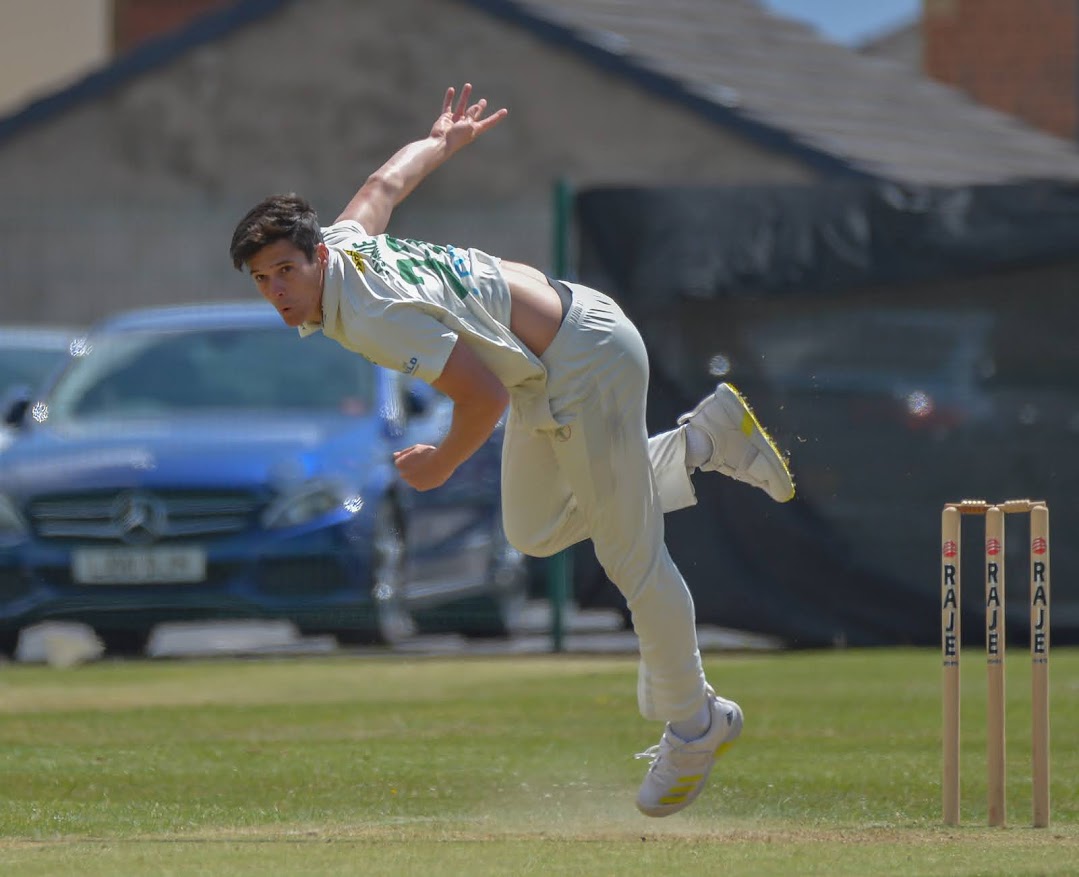