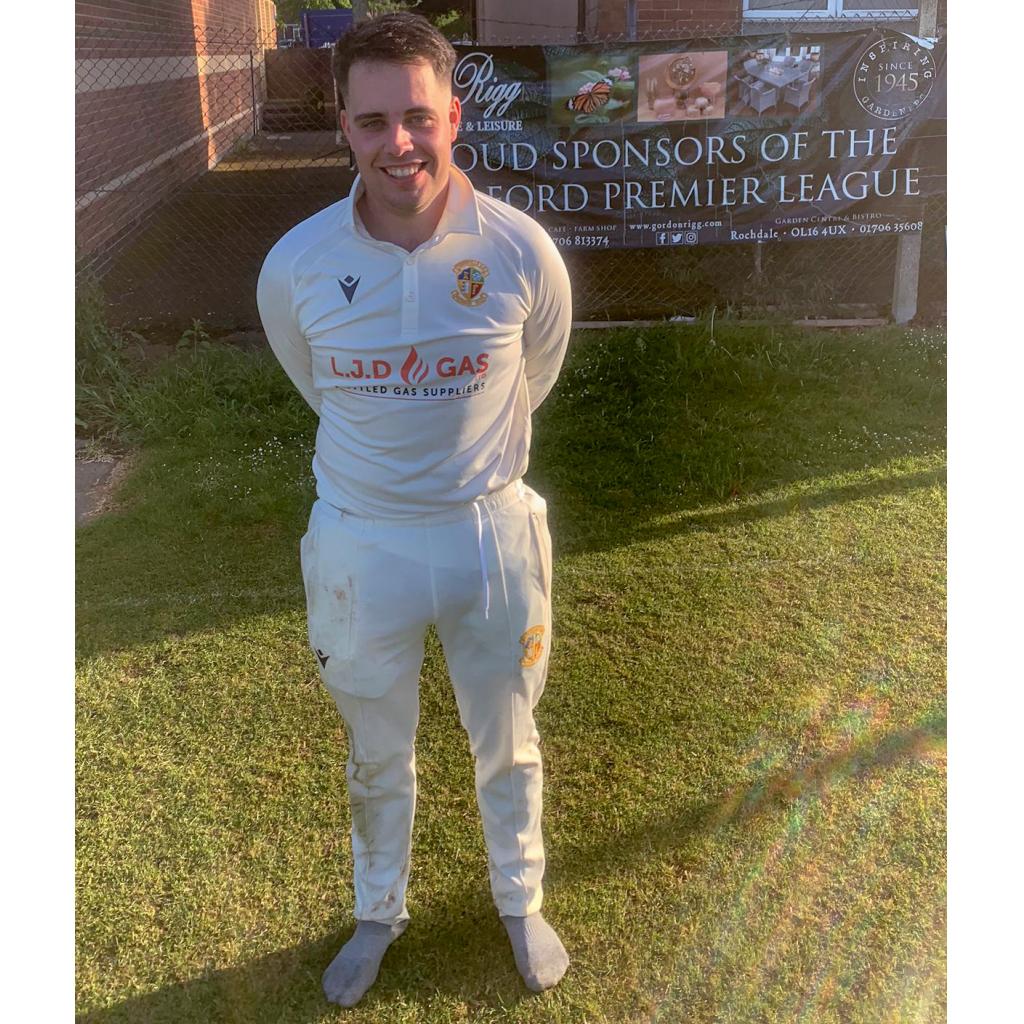 There’s simply no stopping Townville’s prolific opening batsman Kieran Samuels. The league’s leading run scorer took his tally for the season to 739 as he helped his side knock last year’s beaten finalists Farsley out of the Gordon Rigg Priestley Shield.

He made 60 – which is his second lowest score of the campaign – as Townville chased down Farsley’s 193-9 with three balls to spare to win by four wickets.

Steve Walton (41) and Charlie Sykes (32) gave him good support after Niall Charles (4-27) had impressed with the ball. He helped reduce Farsley to 84-7 before Mukdas Mohammad smashed an unbeaten 72.

Skipper Samuels, who progressed through the junior ranks at Townville, has now hit two centuries and seven fifties in his nine innings. His top score is 117 v Bradford & Bingley in a Second Teams Division One game on April 30.

There was a dramatic finish at Jer Lane won by virtue of losing least wickets after their second-round clash with Hanging Heaton finished with the scores tied.

Jer Lane made 202-5 in their innings while Hanging Heaton were all out for 202 with Bobby Khan claiming the final wicket with three balls to spare.

Division One side Lightcliffe claimed the scalp of Premier Division opponents Pudsey St Lawrence as they ran out convincing eight-wicket winners.

The victory was set up by young bowlers Ryan Beeforth (5-14) and Conor Butterworth (5-25) as St Lawrence lost their last six wickets for 14 runs to be bowled out for 104, Jonty MiIghell making 35. Michael Brooke (46no) ensured there were no alarms as Lightcliffe eased to victory.

Holders Woodlands overpowered their Division Three opponents Crossflatts to record a 133-run win. Experienced opener Nick Rushworth hit the day’s highest individual score of 180, an innings containing eight sixes and 25 fours, as his side scored 314-5. Harry Medcalf (43) shared a first wicket stand of 156 with Rushworth. Lee Bailey was the most successful bowler with 3-66.

Dan Trowers ensured that Crossflatts did not go down without a fight. He made 82 out of his side’s 181. Cieran Garner (3-24) and Jack Bleazard (3-46) took the bowling honours.

Another player to make a century was Methley opener Jake McCaffrey. He hit two sixes and 15 fours while making 120 as Methley scored 262-5 in their 46-run win over Yeadon. Rob Withers gave good support as he scored 55 before following up with 4-31 as Yeadon were restricted to 215-9. Seth Pickering (46) and Ryan Mooney (43) were the top scorers.

One young player who narrowly missed a century was New Farnley’s Lukas Ruane. He made 97 not out and shared in an unbroken fifth wicket stand of 163 with Sam Lodge (76no) which helped New Farnley make 278-4 before dismissing their rivals for 172 to avenge a recent defeat to the Intake Road side in the Crowther Cup.

Absar Hussain (42) and Parwaiz Khalil (31) top scored for Undercliffe while skipper Andy Langley (3-22) and Sam Barraclough (3-29) enjoyed success with their slow bowling as a 106-win was secured.

The draw for the quarter-finals will be published at 7.30pm on Monday evening.