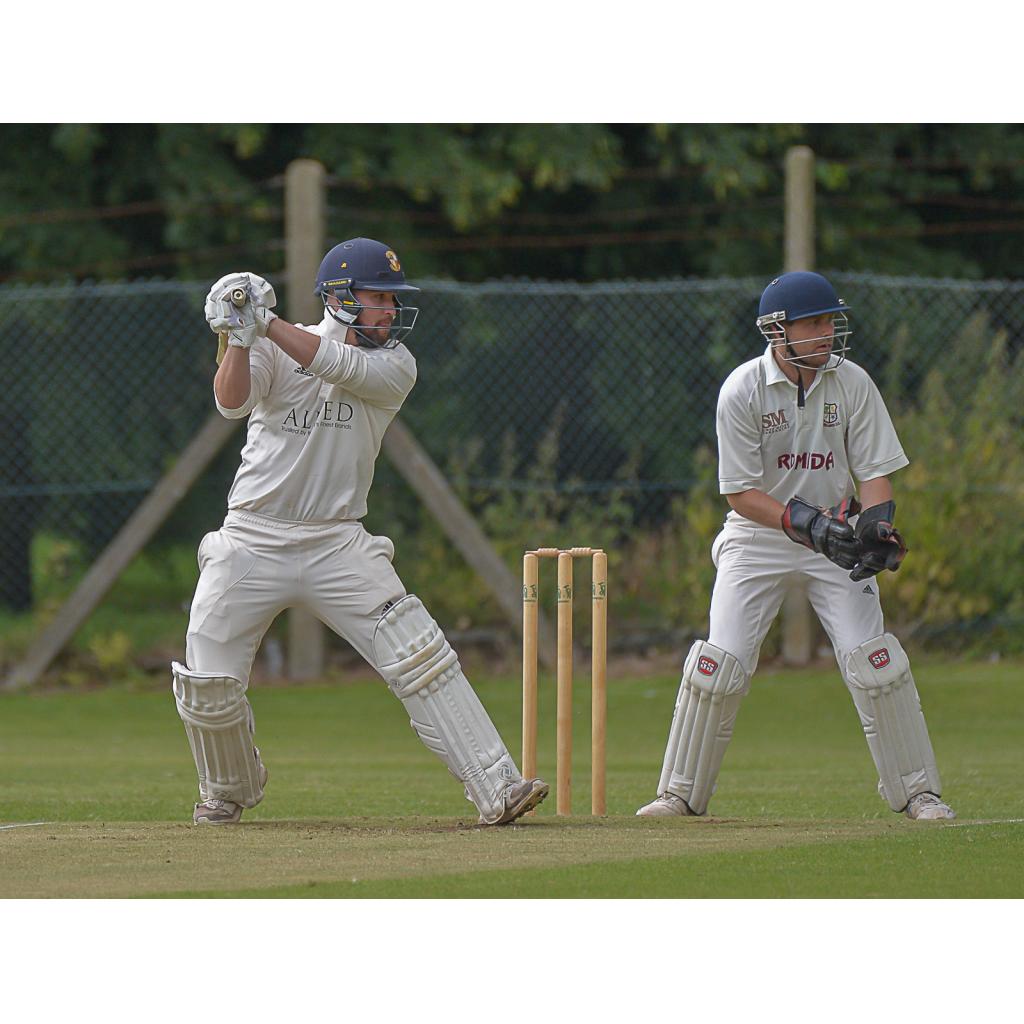 Townville have taken over as the leaders of the Premier Division after bagging a maximum 40 points from their two weekend games.

They followed up Saturday’s seven wicket win over Pudsey St Lawrence with a 45-run win over Farsley 24 hours later.

It takes them on to 291 points, with Woodlands on 278 and New Farnley (276). Woodlands have one game in hand on both their rivals as the title race heads for a dramatic finish.

Adam Ahmed (3-49) and Ryan Cooper (3-80) were the most successful bowlers in an injury-hit Farsley attack.

A fifth wicket partnership of 105 between Daniel Revis (76) and Cooper (57) was followed by 66 from skipper Matthew Lumb as Farsley made 255 all out. Harry Clewett (5-64) and skipper Jack Hughes (3-57) took the bowling honours.

Openers Booth (78no) and Braithwaite (50) had also played key roles in the win over St Lawrence which saw Townville chase down their opponents’ score of 195. Hughes added 36 after earlier taking 4-58 as he and Clewett (4-51) posed problems for St Lawrence.

Mark Robertshaw (56), James Smith (36) and Jordan Moore (32no) were the main contributors for St Lawrence.

Woodlands piled up 337-6 in their 122-run win over Methley. Kiwi Brad Schmulian led the way with 113, an innings which included a six and 17 four, but it was Muhammad Bilal who provided the fireworks. He made 95 from 40 balls with nine sixes and seven fours during a fifth wicket stand of 141 with Schmulian.

Methley were undone by the off spin of Kez Ahmed (7-32) as they were dismissed for 115. Their top scorer was Jordan Laban with 31.

New Farnley also bagged maximum points as they defeated bottom team Morley by 133 runs. Adam Waite (93), Lee Goddard (58) and Aidan Langley (42) helped New Farnley to post 283-6 before dismissing Morley for 150. Goddard’s runs took his tally in the league to 932 for the season.

Wrenthorpe boosted their hopes of avoiding relegation and drew Cleckheaton closer to danger after defeating them by three wickets.

Harvey Booth (46no), Charitha Kumarasinghe (43) and Kris Ward (40) were the main contributors in Cleckheaton’s 185 as left-arm spinner Matthew Race picked up 5-71.

Overseas player Khalil Khan (66), Mustafa Rafique (48no) and Mohammed Suleman (37) countered the threat of Both (3-35) to see their side home.

Batley’s bid to avoid relegation suffered a setback as they went down to a three-wicket defeat at home to Farsley.

Callum Geldart made an impressive 122 as Hanging Heaton posted a score of 279 in their 59-run win at Bradford & Bingley.

Geldart hit two sixes and 12 fours as well as sharing in a third wicket stand of 149 with Gary Fellows (74). Callum Bethel added a useful 37 while Yassir Abbas (4-70) was the best Bradford & Bingley bowler.

Undercliffe paceman Zeeshan Qasim, above, took his third hat-trick of the season as he helped his side secure a 143-run win over Baildon.

Qasim also took four wickets in five balls for the second time as he returned figures of 6-29 as Baildon were dismissed for 64.

Qasim now has 42 wickets for the season and was backed up by Mohammad Nazim (3-31) as Baildon’s batting crumbled.

Undercliffe owed their total of 207-8 to the efforts of skipper Scott Etherington (57) and opener Ollie Hardaker (42) against a bowling attack in which Ben Grimmitt took 6-56.

Walmsley took 6-31 as Gomersal, despite 60 from Liam Fletcher, were bowled out for 150. The all-rounder followed up by making an unbeaten 58 as he and George Hadfield (63) shared an opening stand of 113.

Second-place Bankfoot brought Carlton’s eight match winning streak to an end as they triumphed by six runs in a close encounter.

Overseas player Azeem Ghumman again showed his class with an innings of 83 which was backed up by skipper James Lee (35) in a Bankfoot total of 207.Kieran Holliday took 4-46 for Carlton.

Hartshead Moor battled hard in reply with Craig Field (65), Iqbal Khan (53) and Alex Kennedy (33) at least guaranteeing maximum batting points for their side as they finished on 229-9. Alex Drake (4-48) and Haynes (3-64) were the pick of the Birstall bowlers.

Pudsey Congs recorded their ninth win of the season when they defeated fading East Bierley by 32 runs. Spinner Rishi Chopra (5-38) and Ryan Heptinstall (4-27) took the honours as East Bierley were bowled out for 141.

It proved to be a doubly disappointing for East Bierley when they went down to a 148-run defeat against a Lightcliffe side fighting for their Division One lives.

Burton, playing against one of his former clubs, produced a devastating burst of 5-9 which was backed up by Jonathan Whiteoak (4-3) as Lightcliffe were bowled out for 85.

The win was a big boost for Lightcliffe after suffering a 54-run defeat against fellow strugglers Keighley on Saturday.

Leg spinner James Massheder took 5-34 as Lightcliffe were dismissed for 148 despite the efforts of Mark Gill (47) ad Ammar (43).

Keighley now have 153 points, Lightcliffe (143) and Hartshead Moor (137) as the battle to avoid the drop reaches its climax.

Farhan Hussain (35) and Tahir Khan (34) ensured that Old Lane reached their target and boosted their own promotion challenge in the congested battle for the top two places.

Second place Hopton Mills piled up 338-7 on their way to a 269-run win over Wakefield St Michael’s.

St Michael’s went down to their second defeat of the weekend when they lost by 32 runs to East Ardsley who are making a late push for promotion.

There was the consolation of an improved performance which saw Mark Atkinson making an unbeaten 107 as they scored 234-5 in response to East Ardsley’s 266.

East Ardsley, who have two games in hand on all but one of their promotion rivals, had started the weekend off with a 103-run win over Hunslet Nelson.

The highlight was a 70-ball knock of 117 by Jonathan Macgregor which contained five sixes and 13 fours. He capitalised on the fine work of Gary Jennings (90) and Hurley (44) who added 133 for the fourth wicket after coming together with their side in trouble at 11-3.

Kyle Welch produced another important innings for Northowram Fields. He made an unbeaten 76 as they maintained their promotion bid with a four wicket win over Buttershaw St Paul’s.

Bottom team Spen Victoria lost their last seven wickets for just 24 runs as they were bowled out for 91 by Yeadon as they went down to defeat by 10 wickets. Spinner Gareth Lee sparked the collapse with 5-3. Former Spen player Jonny Barton smashed an unbeaten 48 for Yeadon.

Great Preston have taken over top spot from Crossflatts after defeating them by 78 runs in a high-scoring encounter.

Crossflatts were given a great start with Mohammad Shahnawaz (95) and Joe Hicks (75) putting on 143, but the pressure of the required run rate led to wickets being lost to Stuart Ruddick (5-50) and Oliver Newton (3-78).

Crossflatts finished on 257-8 and now find themselves one point behind Great Preston with Brighouse 16 points behind them.

Quadratullah Azizi, above, was the key figure as Brighouse defeated Heckmondwike & Carlinghow by 143 runs.

Azizi hammered nine sixes and seven fours while making 90 from just 34 balls and was joined in a seventh wicket alliance of 118 by Khurram Maqsood (55). Opener Parvaise Khan (59) was the other main contributor to a total of 276.

That man Azizi, left, also led the way with the ball, taking 5-41 as he and Khan (3-36) helped their side bowl out Heckmondwike & Carlinghow for 133. Kanhu Pattnayak made 62 not out for the losers.

Adwalton’s top scorer was Matt Donohoe with 53 as they were bowled out for 151 with Zahid Tarvas taking 3-49 and James Watling (3-36). 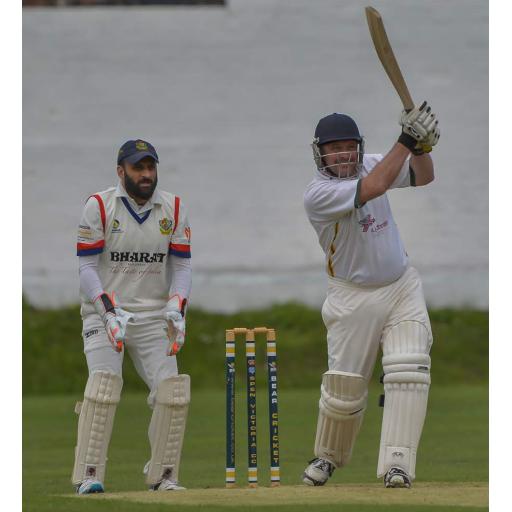 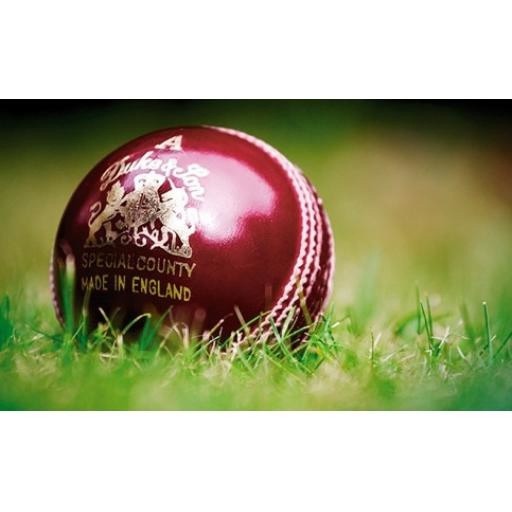