Who will make it to cup semi-finals? 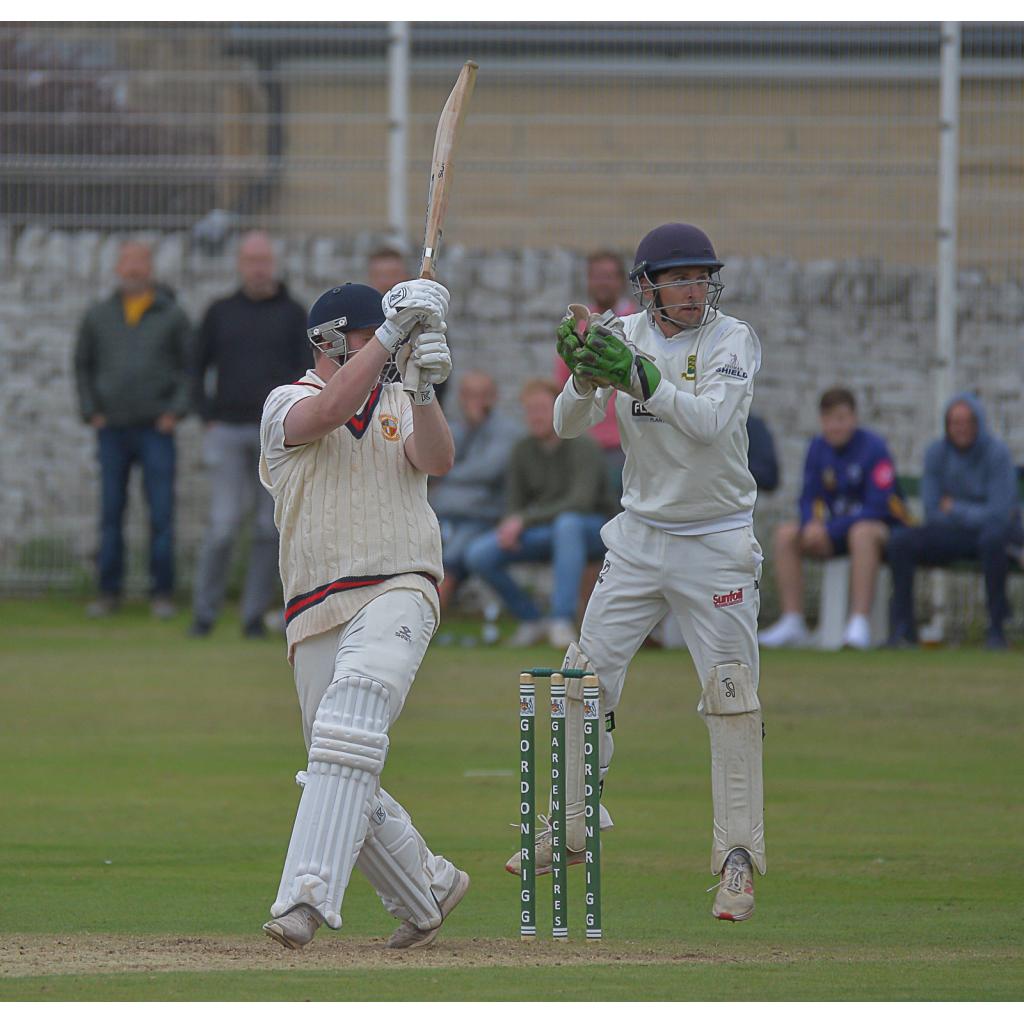 The weather is set fair for the Gordon Rigg Priestley Cup Quarter-Finals this Sunday with a 1pm start. These are the matches-

On first glance the match at Lawns Lane between two of the `big hitters’ of the Premier League, New Farnley and Townville, appears to stand out.

But, on closer inspection, every match carries some romance of the Priestley Cup and has a draw of their own.

The quarter-final stage always has a bit of magic about it, especially with it being just two games away from the famous final, anything can happen.

Keighley may have under-performed in the league in respect of a promotion charge, but after beating Premier League Batley in the last round they will not be overawed facing Cleckheaton.

They have an Australian in Noah McFadyen who can deliver on the big day, and he is capable of inspiring his colleagues to go the extra mile.

McFadyen proved to be Keighley’s star man in the cup win against Batley. After taking 4-23 as Batley were bowled out for 129, the talented Australian followed up with an unbeaten 63.

Cleckheaton are having a rotten season, and look vulnerable in the cup when they play clubs from lower division. However, the way they beat all-conquering Jer Lane in the last round- a team that have swept all before them in Division One, must augur well for this tie.

Jer Lane, who had not dropped a point in the league all season, made 297-8 at Moorend. Cleck, who were without Iain Wardlaw, were fortunate that promising bowler Hashim Wajid was on his game when he took a crucial 4-47.

Overseas player Yusuf Baber showed his class as Cleckheaton knocked off the runs with 4.4 overs to spare. Yusuf hit three sixes and 12 fours while making 101 and he was joined in a third wicket stand of 149 by former Yorkshire all-rounder Richard Pyrah (74no). When Baber was dismissed, Cleckheaton skipper Mally Nicholson (51no) joined Pyrah to see his side home to a seven-wicket win.

Many thought Cleck could have been the victim of a `giant killing’ act in the last round when they played Jer Lane. However, their Premier League pedigree prevailed on the day, and they are odds on to do it again.

This could go either way, particularly if Methley have a strong squad to pick from. They were missing several players in the last round and conceded 305 to Morley.

However, two of Methley’s young guns again shone, and were the catalyst for a successful chase.  Opener Jason Marshall top scored with 155, while Eitan Litvin contributed 52.

Bradford & Bingley might have a taste for cup cricket this season after their impressive Heavy Woollen Cup win over Castleford.

In the last round, they defeated East Ardsley by nine wickets with youngsters Jacob Slator (74no) Lewis Brown (42) and Jack Luxton (4-47) all impressing. Clearly, both sides have a sprinkling of young promising players who can shine on the day.

Yasir Abbas has been a consistent performer for Bradford & Bingley Picture: Ray Spencer

Similarly, Tom Chippendale has himself, James Wainman and Jordan Laban to guide the youngsters.

Callum Geldart is a real threat with his powerful strokeplay. Picture: Ray Spencer

The respective league positions of these two clubs make it appear that Woodlands are the clear favourites. But, nothing is further from the truth as Hanging Heaton seek to beat their 36 year hoodoo of not winning the cup, with an array of dangerous stroke-players in Callum Geldart. Adam Patel, Ben Kohler-Cadmore, Thomas Lindsay and David Stiff. They also have one of the finest sheet anchor batters in the league in Nick Lindley.

To add to their batting strength is the recent arrival of Sri Lankan batsman Sasith Manurang as their overseas player. If the bowlers can bowl tight lines to defend scores that these batsmen are able to accumulate, it could be a very close affair.

Hanging Heaton got through to this round when Carlton forfeited the tie, but had previously beat Undercliffe after Callum Geldart had scored 119 not out, including four sixes and 11 fours.

Woodlands have Brad Schmulian, Tim Jackson and Tom Clee in form with the bat, and Mohammed Bilal will always be a danger in cup competition with bat or ball.

They reached this stage after a surprisingly comfortable eight-wicket win at Albert Terrace over Pudsey St Lawrence. The visitor’s batting failed to fire as they were bowled out for just 145 with off spinner Kez Ahmed taking 3-39. Woodlands cruised to victory with skipper Brad Schmulian (70no) and Tom Clee (40no) seeing them to their modest target.

Woodlands will need the sort of form that has seen them progress in the ECB National Clubs Championship, beating Wakefield Thornes, Richmondshire and Appleby Frodingham on the way to the last 16. They will face a stiffer task this Sunday at Bennett Lane.

For those that attended last year’s Priestley Cup Final at Undercliffe CC between New Farnley and Townville saw an attritional match that the latter bossed for three-quarters of the time. New Farnley showed character to come through this to win with the extrovert Mark Lawson winning the man of the match award.

Later in the season Townville beat New Farnley convincingly to keep their title hopes alive for the last set of fixtures.

New Farnley had a straightforward entry into this round after defeating Baildon by 10-wickets with openers Aidan Langley (72no) and Lee Goddard (68no) knocking off the runs.  Earlier, Australian quick Liam Guthrie was the main wicket-taker for Farnley with 5-33.

Townville began their cup campaign with a tremendous encounter with Farsley. They scored a massive 318-8, which included 107 runs from the last five overs. Skipper Jack Hughes (64) and Harry Clewett (45) built a platform for Tom Brook to chance his arm, and he seemingly took the game away from Farsley.

He smashed a 36-ball century- racing to his 50 from 22 balls and then took just 14 more deliveries to reach three figures. His ferocious onslaught saw him take 29 runs from the 48th over which was bowled by Will Means.

With Townville’s impressive `out-cricket’ it was assumed that Farsley would get nowhere near- but they made a fair stab of it only going down by 33-runs.

In the last round Townville had a routine win against Bankfoot, with Jonny Booth (54), Harry Warwick (47) and James Glynn (3-39) doing the business.

The outcome of this tie could well depend on whether Conor Harvey is anywhere near fit enough to bowl his usual stuff. At full fitness he is always liable to pick up the crucial early wicket, and return later to mop up the tail.

New Farnley cannot have greater incentive to win given that they will be hosting the final on August 14th.